Posted at 13:42h in Sin categoría by samirabajbujdiseno
0 Likes
Share

The initiative contemplates an investment amount of US $ 95 million and a useful life of at least 20 years.

Pacific Mining Company (CMP, for its acronym in spanish) entered the Magnetita Plant Operational Continuity Project into the Environmental Impact Statement (DIA, for its acronym in spanish), which consists of a modification of an existing mining development project, environmentally authorized through Exempt Resolution No. 115 of December 20th, 2005 by the Regional Commission of Environment of the Atacama Region, and that initially contemplated a useful life of at least 15 years (hereinafter original project).

This project considers having a supply of tailings or pre-concentrates from third parties in order to supply, in a complementary manner, the Magnetite Plant when operating and supply conditions from CCMC or Los Colorados Mine are interrupted or diminished.

This implies using the same existing facilities in the Magnetite Plant, maintaining the environmentally approved production capacity. In this regard, the Magnetite Plant operation has an environmentally authorized average annual production of 3.5 Mt (Million metric tons) of magnetic iron concentrate (magnetite or pellet feed). This iron concentrate is generated from two types of supplies, the tailings coming through pipelines from Minera Candelaria (CCMC, for its acronym in spanish) and the iron pre-concentrate (dry material) transported by trucks from the Los Colorados Mine to the Magnetite Plant, with a maximum authorized flow of 120 trucks / day.

Evaluate adjustments to the production process, maintaining the nominal production of authorized design, by supplying both the copper concentration process of CCMC, and pre-concentrates from other third-party sites that can supply iron minerals and that are with authorizations, which implies granting operational continuity to the current operations of the “Magnetite Plant”, for at least 20 years. The contemplated investment is US $95 million. 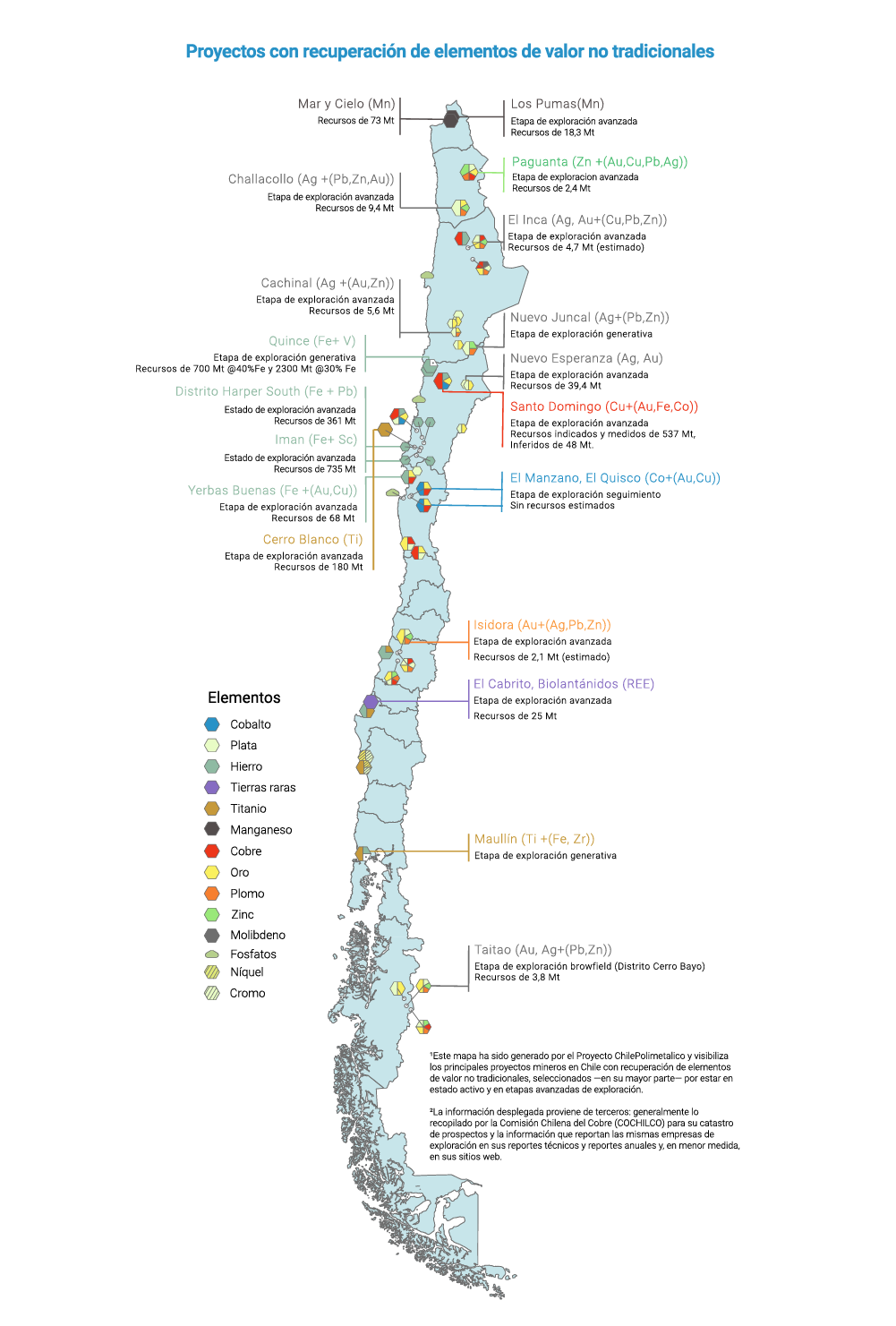